Investment Property: 6 Reasons Why New Launch Is Better Than Resale

Today, property investment is the aspiration of many Singaporeans.

In an increasingly affluent and progressive nation, we look beyond having just a roof over our heads. Property investment is a popular strategy to plan for our retirement.

The question is, when you are looking for an investment property should you be looking at a new launch or resale condo? Which one has more potential to help you make some gains in the future?

When you start comparing the new launch versus resale condo, the most noticeable differences are the differences in sizes and per square foot prices. New launches are generally smaller and higher $psf.

But does that mean resale condos are better buys?

If new launches are smaller and more expensive in terms of $psf, why are more people buying them?

One usual response I get is, “New launches are so much more expensive, how to make money?”

What is most baffling is that though new launches are more expensive than the resale in terms of per square foot prices, they are actually more profitable. Isn’t profitability what you are after when buying an investment property?

Let’s look at some examples of new launch versus resale.

Commonwealth Towers versus The Queens

Commonwealth Towers and Queens are next to the Queenstown MRT but on different side. 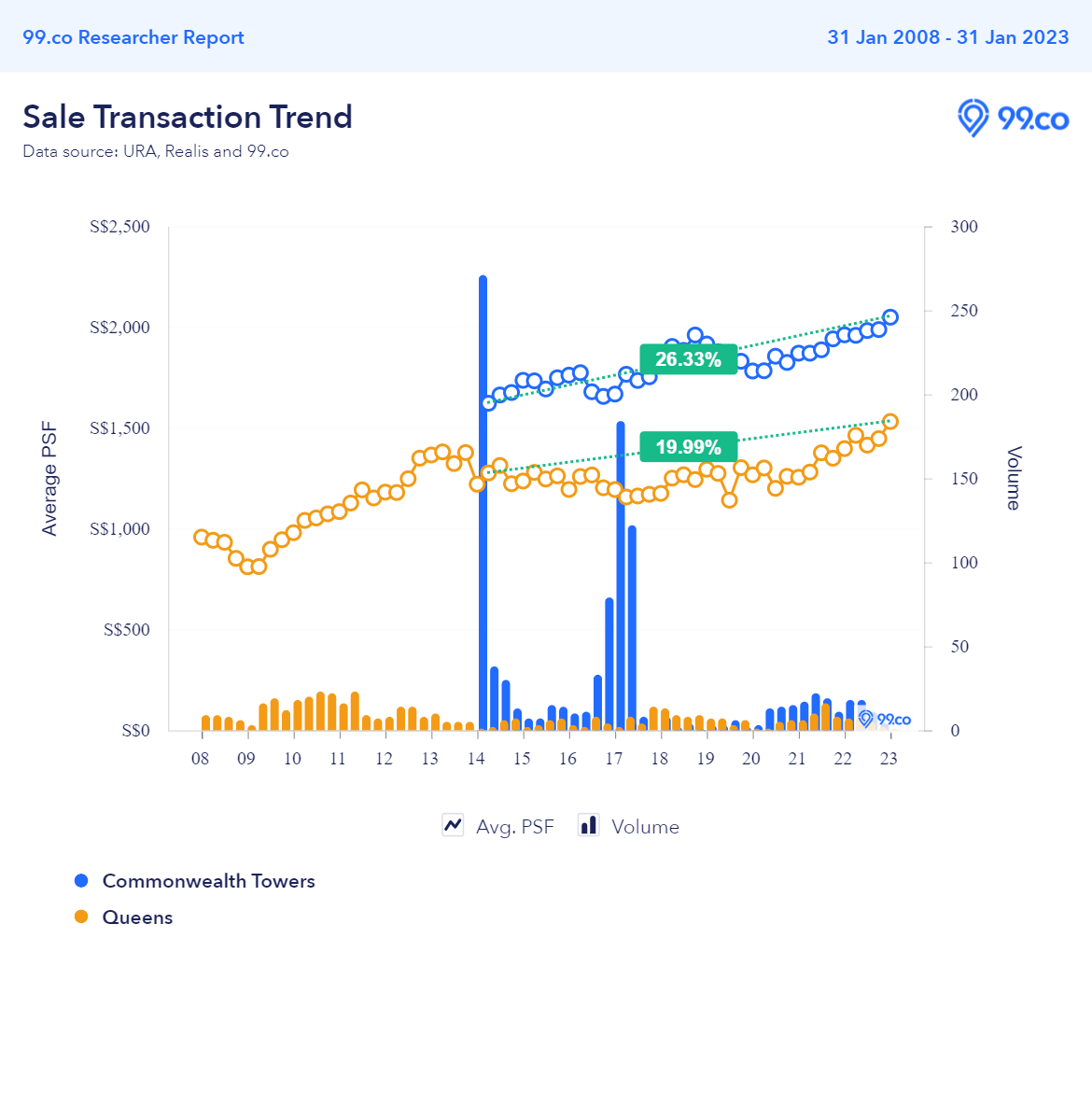 Both are near to the Redhill MRT. Their respective TOP years are Ascentia Sky (2008) and Alex Residences (2017). 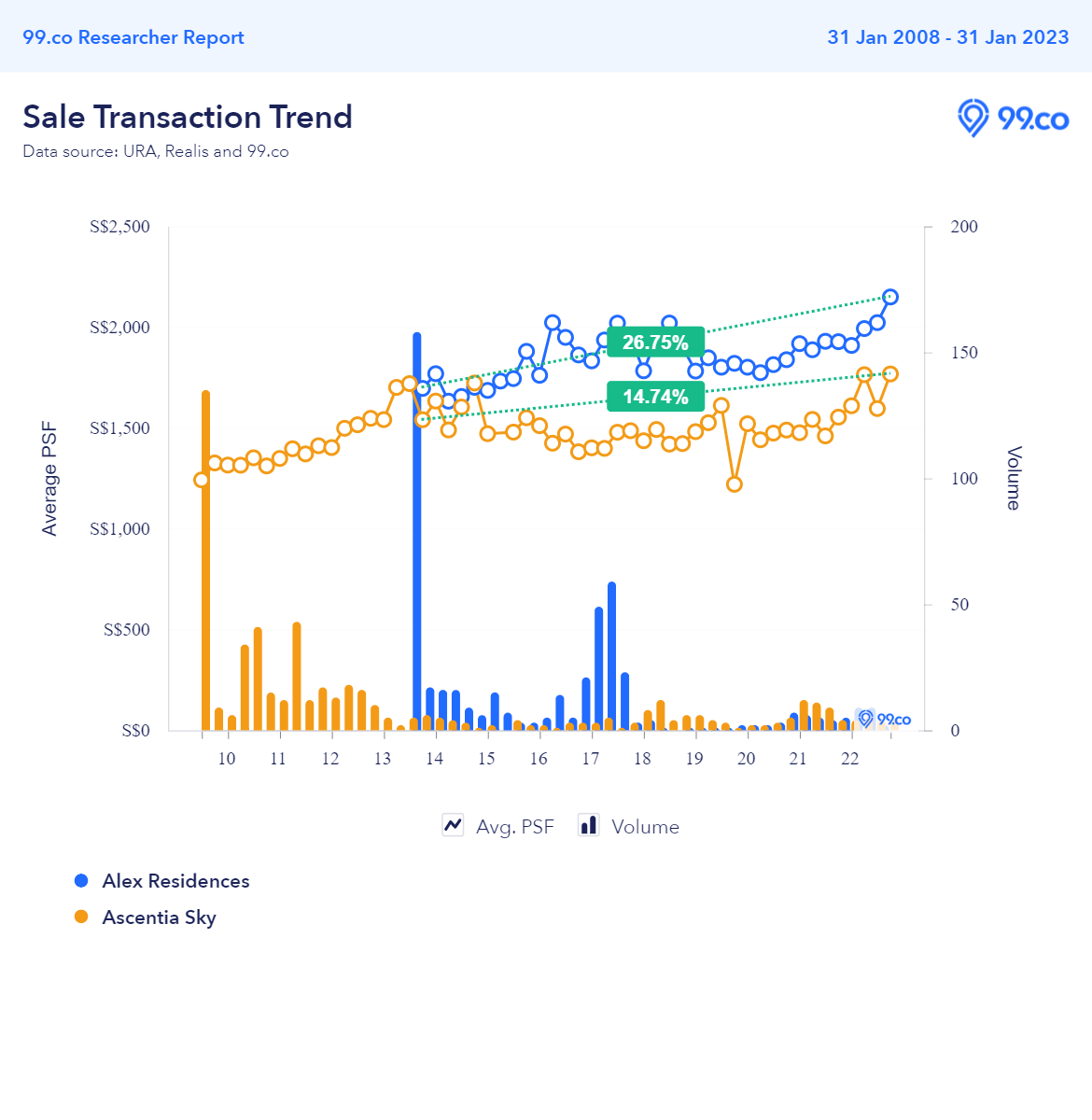 While it seems like resale condos are better buys when the nearby new projects are launched at a higher $psf, empirical research shows that the new launches are more profitable investment properties.

Based on research by OrangeTee & Tie, about 9 out of 10 who bought new homes from the developers in the last 10 years made profits.

Developers sold 115,610 new homes in the last ten years. About 15% (16,017 units) were resold with an average gross profit of $220,000. These profitable resales were across different market segments.

Take a look at some projects that were TOP in the last 2-3 years where most units were resold at profit.

Why did most of the buyers of these new launches make money for their investment property? The reason was they enjoyed the first-mover advantage.

As the saying goes, “early birds catch the worms.”

The best time to buy is during launch. Developers typically offer their lowest prices to entice buyers and to spur sales. This approach helps to create hype.

Over time, as the project sales move, it is not unusual for developers to start increasing their prices at various stages.

There is a TOP effect where buyers are willing to pay a premium to see the finished products and enjoy immediate occupation. So those who buy at launch generally will make a profit. 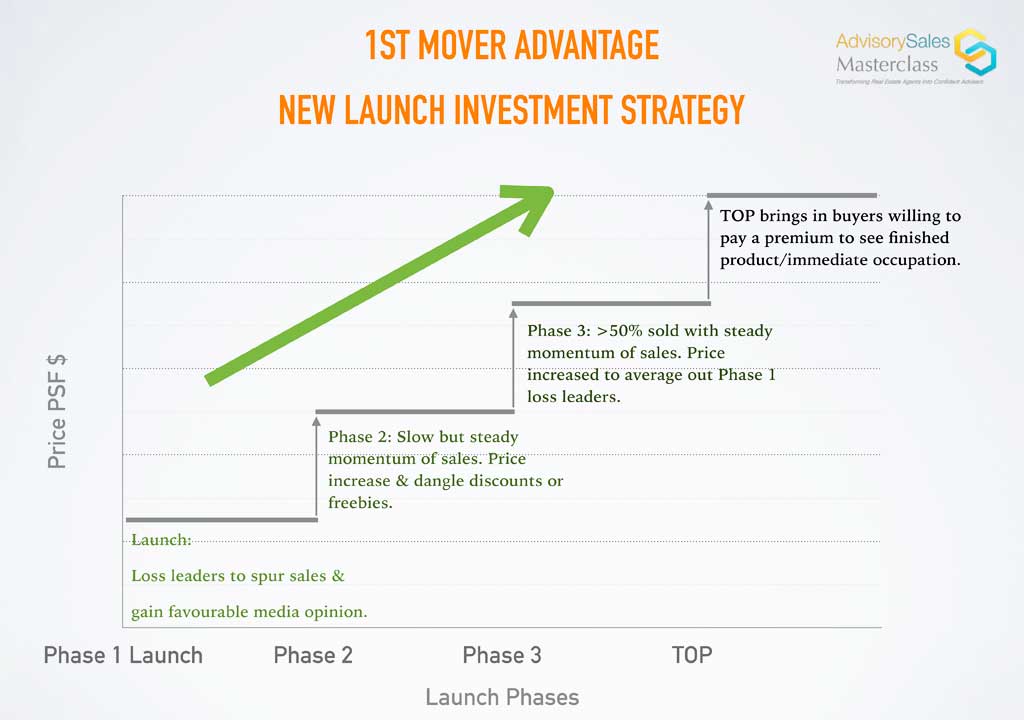 Owners who bought first hand will rarely sell at a loss because of price preservation.

What if you buy a unit from the first owner who paid the developer’s launch price?

Let’s suppose the launched price of the unit you bought was $1,400psf, but you paid $1,700psf. Five years later you want to sell at a 10% profit. So you need to sell at $1,870psf. But you would be competing against many first owners who bought at an average of $1,400psf. These owners will limit your upside potential.

You may be asking, how can new launches be more affordable when their prices are so high in $psf?

Do you notice new launches are so much smaller than the older condos?

Then, up to 2009, we see an era of apartments with huge balconies, disproportional air-con ledges, double-volume space and bay windows.

With land prices so astronomically high these days, developers are building the apartments smaller to make the quantum more affordable for buyers.

The Impact of TDSR

There is a reason why apartments are now built much smaller.

At one time, the gap between new launches and resale condos is very close, and at times even converges.

After several rounds of cooling measures that could not tame the market, the government introduced the mother-of-all cooling measure: Total Debt Servicing Ratio (TDSR). TDSR limits the maximum loan of the borrower to 60% of one’s gross monthly income.

It instantly changed the whole landscape of property investment.

The only way developers can get around this issue is to make the new condos smaller.

The Key Is Affordability

When you are buying an investment property, it will likely be your second property.

If you have an outstanding loan, you are only eligible for 45% Loan-To-Valuation (LTV) for your second loan. That means if you are looking at a $1m investment property, you would need 55% of capital outlay.

Since it’s your second property, which is an investment property, you want to be prudent and not over-stretching your resources.

Let’s go back to the example of Commonwealth Towers and Queens.

Of the two, which is more ‘affordable’ and enjoy better rental yield as an investment property? The obvious answer is Commonwealth Towers though in $psf term it is higher than Queens.

The list can go on and on. Every developer is trying to out-do one another.

It is quite common for developers to engage world-renowned architects to differentiate themselves.

Newer condos with better design and facilities will usually attract tenants who are willing to pay a higher rent while sacrificing on the size.

Reason #5: New Launches are Easier To Rent Out

If you are buying an investment property and deciding between a new launch versus a resale condo, new launch will definitely has an edge when looking for tenants simply because it is new and better, even if it is smaller.

Today, tenants are spoiled with choices.

Potential tenants will almost always go for condos that are newer and nicer. New condos not only are easier to rent out than the older ones but also they enjoy better rental yields.

The older developments lose out to the brand new condos on the facilities. For the interior of the units, owners will need to renovate the apartment, sometimes extensively, to make it more tenantable.

It is not uncommon for tenants to be concerned about the state of the air-conditioners if they are old. They are worried about things breaking down, such as washing machine or refrigerator.

If the apartment is brand new, everything that comes with it is brand new and under warranty. The developer covers even the first year servicing of the air conditioners. So it’s hassle-free both for the landlord and tenant.

You might burn a big hole in your pocket if you need to overhaul the whole apartment with new air-conditioners, wardrobes, flooring, bathrooms and kitchen cabinets. Furthermore, you may need to buy a new washing machine, dryer, refrigerator and oven. It is not uncommon to end up spending more than $100,000.

New condos come with everything new, including branded appliances. And if there is any defect, they are covered under the one-year defect liability period by the developer. The saving can be quite substantial.

As the apartments aged, especially those that are 15 years old and above, they are prone to structural issues like leaking and choked pipes. You need to fork out higher sinking funds as the costs of maintenance and repair for the common areas and facilities go up.

New condos are spared from such problems with all things new.

While we are saying new launches are better investments, not all new launches will make money. It is important for you to consult an experienced agent to identify the right choice of new launch.

After all that been said, it also does not mean it’s wrong to buy a resale condo. There are many investors who believe in resale condo for various reasons. Here we are expressing our opinions, supported by research, why we think new launches are better investment property.

If you are planning to buy an investment property but not sure as to what is the best option, do feel free to contact me for a non-obligatory discussion. 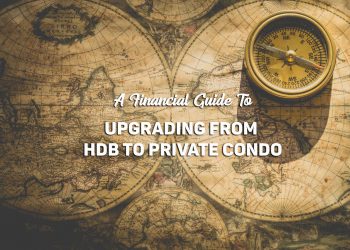 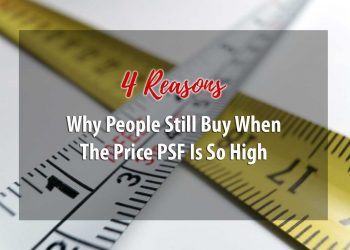 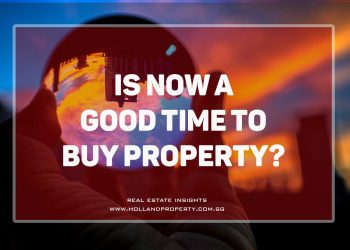 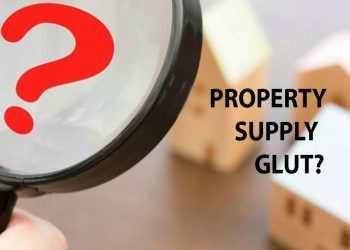