Freehold vs Leasehold: Is It Always Worth Paying More For A Freehold Condo?

Freehold does not mean “free to hold” (I wish!) but “free from hold” of any entity except the owner. Hence freehold properties are premium because the titleholders enjoy ownership for perpetuity. It is also known as “fee simple” which has its roots in feudalism. “Fee” represents landholding, and “simple” means without any condition attached to the landholding. Blame it on archaic English if these terms don’t make sense to you!

In China and Hong Kong, there is only leasehold property ownership. Indonesia and Vietnam do not allow foreigners to own freehold property. In Singapore, there is no such restriction for condos.

No Freehold In The Full Sense Of The Word

Technically, while freehold means perpetual ownership, the Singapore Land Acquisition Act, enacted since 1966, empowers the government to acquire any land (subject to compensation) for public or other specified purposes.

Owners of freehold properties can also ‘lose’ possession in the event of a collective sale. All it takes is 80 per cent or more consensus among the owners of a development to approve the deal. Too bad if you are among the minority who are against the sale.

What’s The Fuss About Leasehold Property?

The implications of leasehold property have come to the forefront of our consciousness as – for the first time in our history – we will see the Singapore Land Authority (SLA) taking back private homes; this will occur to 191 houses in Geylang this year.

So does it mean it is ALWAYS better to buy a freehold instead of a leasehold property?

In land-scarce Singapore, owning a freehold property naturally comes with a premium. There are no more freehold land sales by the government; hence they are becoming a rare commodity. They generally cost about 15 to 20 per cent more than an equivalent leasehold unit. So you would need to weigh your concern over the lease against the higher cost.

Let’s have a look at whether such costs are justified.

This is the main question, so let’s tackle this first. The best answer we can give to this is: only in specific situations.

In a broader, generalised sense, freehold properties have actually appreciated less than their leasehold counterparts.

Looking at the statistics, since Feb 2010, freehold condos as a whole gained by about 29.74 per cent; on the other hand, leasehold condos higher at 48.10 per cent.

Case Study of Freehold vs Leasehold: Leedon Residence vs D’Leedon

However, this is only when viewed collectively. The situation can be quite different when it comes to specific properties.

For example, let’s consider D’Leedon (99-years) and Leedon Residence (freehold) located across from each other – both were completed just a year apart, in 2014 and 2015 respectively.

Over the same period, Leedon Residence has outperformed D’Leedon at 12.86 per cent versus 7.20 per cent.

Confusing? That’s because freehold status only makes a difference in some key situations.

In reality, the lease status may not make much difference until several decades into the development’s life. Within the first 10 to 15 years, for instance, the lease tenure makes almost no difference.

The difference only starts to kick in when a condo pasts the 20-year mark and will become more marked as it approaches 40 or 50 years; this is when leasehold condos begin to experience the real effects of lease decay.

One real concern is bank loans are no longer possible for properties with 30 or fewer years left on the lease. If the leasehold condo is already 40 years or older, whoever buys it from you is not likely to see any gains (this narrows the range of prospective buyers).

Some investors are willing to buy very old condos (freehold and leasehold alike) not only because they are relatively cheaper but also a greater possibility of an en-bloc sale in future.

In Singapore, there is a common guideline on how we value leasehold property/land. It is based on what we call Bala’s Table.

The Singapore Land Authority (SLA) also used this Table as a guide when published its Leasehold Table in 2000.

Developers also rely on this Bala’s Table to assess the value of a leasehold development for en bloc sale.

Above is an image of the Table, with credit to the Centre for Liveable Cities Singapore (Those of you who love data and numbers, you can visit their article on this for a more technical explanation).

As you can see from the Table, it expresses the value of leasehold property as a percentage of its freehold value.

It is noteworthy this Table shows us the value of the lease declines more sharply towards the end of the lease, than it does at the start.

Freehold vs Leasehold Condos: Which Are More Advantageous In En Bloc Sales?

If there’s an en bloc attempt, while freehold properties are likely to see more generous sales proceeds because the developer doesn’t need to pay to top up the remaining lease, the lack of urgency and high price tags may make the sale more difficult to fall through.

Conversely, with the clock ticking on the running-out lease, leasehold property owners are more motivated to sell. In reality, we do see several successful collective sales of freehold and leasehold projects during the en bloc fever.

Ten years later, in 2017, another former HUDC Eunosville (developed into Parc Esta) was also successful in its en bloc sale at $765m. The payout for each resident was between $2.25m to $2.41m. In the same year, Sim Lian paid $970m for the 560-unit Tampines Court (today’s Treasure at Tampines), also a former HUDC.

When the freehold Tulip Garden was also sold collectively in 2018, the residents of the smallest unit at 1701sf (compared to the nearby Farrer Court’s smallest unit 1452sf) reaped $4.3m.

From these examples, we see both leasehold and freehold developments stand to gain when a collective sale is successful, with the latter enjoying a larger payout.

Freehold property owners have an advantage in terms of legacy planning.

I probably don’t have to explain that, if you plan to hold on to a property for good to pass on for generations, freehold is a much better choice (otherwise your subsequent generations will be inheriting a much-depreciated asset).

This is especially true for landed and commercial properties because they rarely enjoy the possibility of en bloc sale, unlike residential properties.

For this reason, generally, the older generation home buyers favour freehold properties because they see them as long-term or life-long assets.

Situations Where Leasehold May Be Advantageous Than Freehold

A leasehold property has a significant advantage in the form of its lower quantum. Consider my example above, with D’Leedon and Leedon Residence. If you were a landlord, which would you choose?

Your instinct might be to say Leedon Residence, due to its long-term value and freehold status. However, this doesn’t take into account rental yield.

If you were to buy a unit at D’Leedon to rent out, for example, you would be buying at a much lower price. However, a tenant will likely pay the same for a unit at D’Leedon as they would Leedon Residence (assuming the same unit size); the location is more or less similar. And the tenant does not care whether the condo is leasehold or freehold.

The Lower The Quantum, The Better The Rental Yield

And of course, the bigger your home loan, the more interest you ultimately have to pay.

So, Should You Buy A Freehold or Leasehold Condo?

If it’s a new launch condo, and you don’t intend to stay or own beyond 15 to 20 years, you should seriously consider leasehold instead. Within this short time frame – and with the absence of grave concern about its lease decay – leasehold condos tend to be the more cost-effective option.

If you are looking at the long term (20 years or more), the inverse is often true. A freehold condo will retain its value, so you can count on its long-term appreciation or leave it to future generations.

Other Factors For Consideration In Deciding Between Freehold vs Leasehold

That said, the lease should be secondary to concerns such as the nearby amenities, proximity to school and work, and future URA plans for the neighbourhood.

If you’re caught between two properties, contact me so I can provide the information to help. Examining the specific developments is essential, as the lease is just one aspect of a property.

You can also book me for a discussion over zoom using the calendar below. 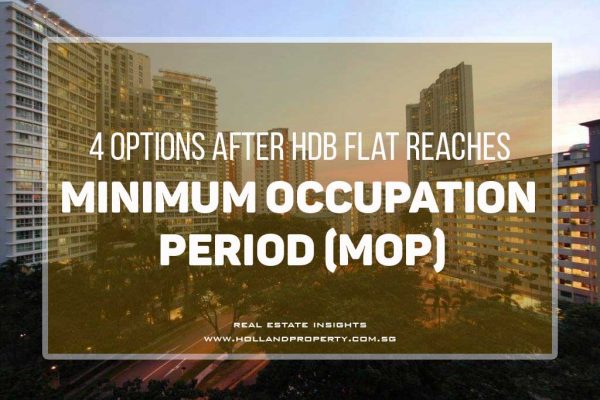 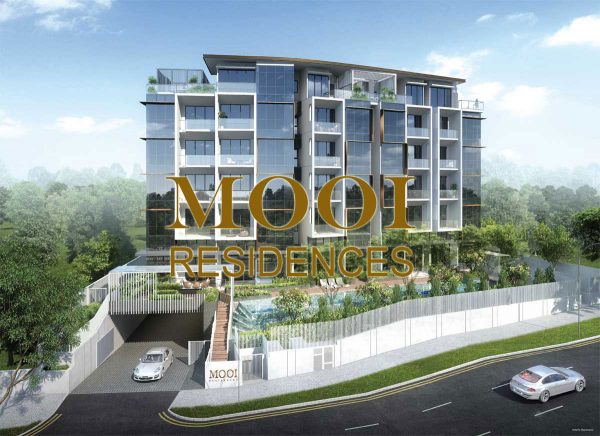 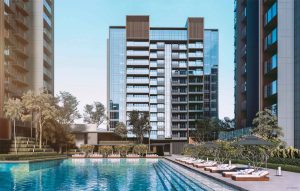 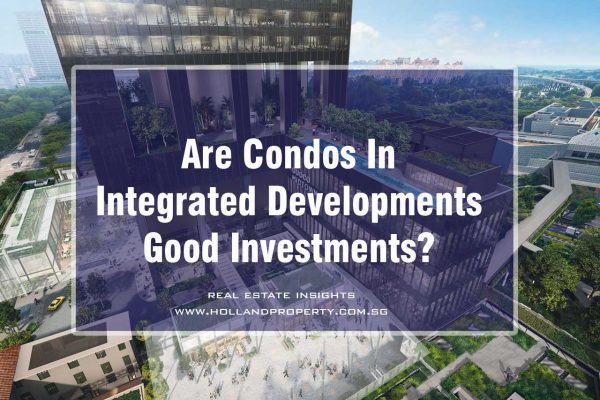 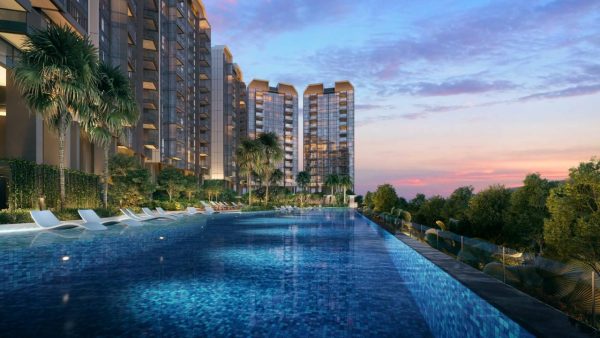 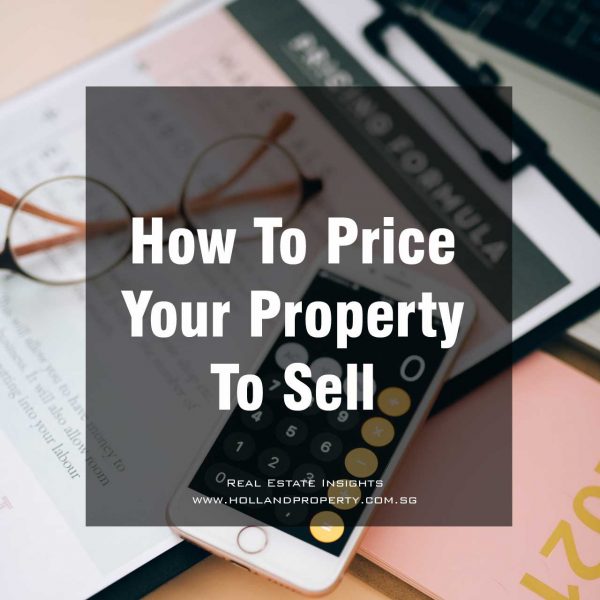 How To Price Your Property To Sell